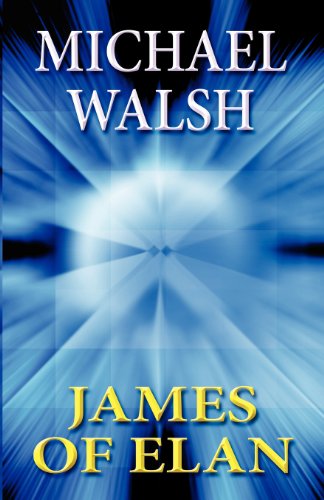 about this book: James of Elan was born into a family that had a secret. They were the leaders of an organization that protected their country, Kembor, from the influences of Sorcerers and Wizards. At birth he was destined to one day be the leader of this group.

While in training he befriends someone that eventually becomes his best friend. When his friend is murdered he travels to another land to revenge his death. While there he meets Amanda, the daughter of the leader of that land. Once his friends death is avenged he marrys Amanda.

James and Amanda were married for a year when their son Martin was born. Six years later Amanda becomes a member of the organization. When Amanda is murdered James once again goes in search of revenge.

While avenging his wifes death James has no contact with his son Martin. In the end this bothered him more than he ever wanted to admit. On his final return it was his son who brought him back to reality.

Fast paced, intrigue and excitement. James of Elan has it all. This story will keep you turning pages until you reach the end. Highly recommended.