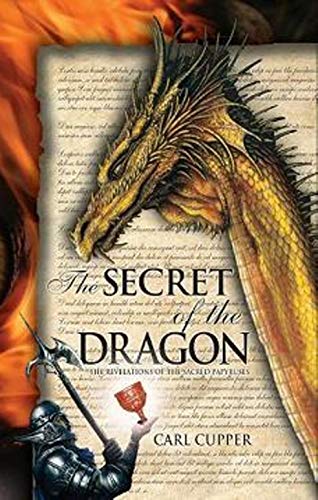 Book: The Secret of the Dragon - The Revelations of the Sacred Papyruses by Carl Cupper

about this book: "The Secret of the Dragon - The Revelation of the Sacred Papyruses" is a novel that I wrote mainly for young 12 years and older. The first person to read it was my 85-year-old grandfather and it really surprised him, which caused me a big surprise (we surprised each other). I wrote it shortly after the attack on the New York City Twin Towers on September 11, 2001.

Inspired by the conflict that the Israelites were staging against the Palestinians and that unfortunately still persists. It was then that I realized that humans act like dragons, throwing fire at each other. How many times in our daily lives do we fire on our neighbors, friends and family?

The novel is an adventure of a young dragon and a friendly Celtic gargoyle, in the 7th century of our era, who travel much of Europe and the Middle East in search of the Chalice of Life. Only with it will they be able to save their people from the wrath of the god Helion and to reveal the terrible secret hidden by the Sacred Papyruses; a secret kept for millennia and that will reveal the origin and destiny of dragons.

The end of the novel will surprise you and perhaps you will discover that you too, dear reader, are a dragon.

Other books by Carl Cupper (more)