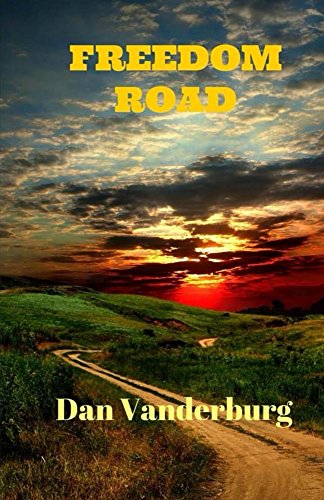 about this book: "KNOWLEDGE IS THE PATHWAY FROM SLAVERY TO FREEDOM" - Frederick Douglass

Just before the Civil War, in the dark corners of the New Orleans waterfront, Billy Jefferson's dreams are yanked from him before he'd barely walked off the ship from Scotland. In the summer of 1860, America is a tinder box, ready to blow. Issues of states' rights, slavery and regionalism have come to a boiling point. Citizens across the South are willing to fight and die to maintain their Southern way of life. The South is a tough place to be if you disagree with that philosophy. It's especially tough if you are a free person of color or their friends.

Billy Jefferson, a young scholar raised on the Texas frontier, now a professor with dreams of teaching freed blacks like himself, returns to America after years of obtaining an education abroad only to disappear upon landing at New Orleans. When Billy fails to return from Europe as scheduled, Will Bowman, Billy's mentor, Texas ranching business partner and surrogate father initiates a search to find and bring him home.

Join the continuing saga of the Bowman and Jefferson families as they search for the young man with a vision for his people that will change their lives for generations. Follow the families' at the ranch as the war changes everything around them and makes them outcasts in the state they helped build.

Freedom Road is the third book in Dan Vanderburg's Texas Legacy saga, appropriate for readers 10 years of age to 110. The Texas Legacy Saga tells the stories of the Bowman and Jefferson families in frontier Texas from the Texas Revolution, through the Indian Wars and into the Civil War.

Vanderburg explains, "Freedom Road is a continuation of the saga involving the Bowman and Jefferson families as they build their farms, ranches and futures on the Texas Frontier. I wanted to extend the story of Jeff Jefferson's legacy to his son Billy. Jeff wanted his son to receive the best education possible, so he could play a part in providing education for freed blacks. I wanted to show the two families as they struggle through the search for their kidnapped son in a hostile environment. I also wanted to examine their strength of values during the uncertainty of the looming Civil War as those values are challenged by their neighbors and the former republic and state they helped build"

"Each Texas Legacy story stands on its on without needing to read the other books, but as a series, you learn more about the growth of the characters. The stories also hold their own without gratuitous sex or unnecessary bad language" says Dan Vanderburg. "I want readers of all ages and walks of life to be able to read and enjoy my books without having to be concerned whether it's inappropriate or graphically offensive."