Book: Christmas With The Johnsons: A 768 Celebration

about this book: This is a wonderful Christmas story that gives the life experiences of a Black family in Huntersville, a black neighborhood in Norfolk. Beautifully written and illustrated to show Christmas through a Black families life changing situations. This story will grab you and make you remember the Christmas you loved. This story will grab you by the soul and hold you captive to the very last page. "A gripping tale that holds you deceptively close while giving you a joyful reminder of times gone by. Christmas With The Johnsons "A 768 Celebration" is a stark reminder that truth is often stranger than fiction." – We share our Christmas memories with you as if there's only the two of us having a very private conversation. Our story will make you cry, laugh and sometimes make you angry. If you don't feel anything when you read this story, then we haven't done our JOB!

Rev. Gloria Jean Johnson is the daughter of the late Lafayette A. Johnson, Sr. and Margaret Scott Johnson. She has four loving older brothers, Lafayette, Jr., Carl, Percy, and Eric. She has been married to Mr. Melvin D. Johnson, Sr. for over fifty years, and from this union has two sons, Melvin, Jr. and Daryll. The radiant jewels in her life are her four grandchildren; Shea, Cedric, Jordan, and Deon., In addition, Rev. Johnson is the adoring great grandmother of seven great grandchildren.

A product of the Norfolk Public Schools, Rev. Johnson matriculated to Norfolk State University, where she received a Bachelor of Science Degree in Elementary Education in 1974, and later received a Master of Arts Degree in Education. She has done further graduate studies at Old Dominion University and Regent University.

Rev. Johnson worked in the Norfolk Public School system for thirty years. For twenty years she worked as a classroom teacher, and a total of ten years in the Department of Instruction as a content area specialist in the History/ Social Science office. She was the recipient of the School Bell Award, Teacher of the Year; and became a member of the All City Teaching Team. In August 2016, Rev. Johnson received Booker T. Washington*s High School*s Friends and Alumni Foundation Distinguished Alumnus award. In addition, Rev. Johnson received the Outstanding Economic Educator Award from the Old Dominion University Center for Economic Education.

Rev. Johnson worked in the Norfolk Public School system for thirty years. For twenty years she worked as a classroom teacher, and a total of ten years in the Department of Instruction as a content area specialist in the History/ Social Science office. She was the recipient of the School Bell Award, Teacher of the Year; and became a member of the All City Teaching Team. In August 2016, Rev. Johnson received Booker T. Washington*s High School*s Friends and Alumni Foundation Distinguished Alumnus award. In addition, Rev. Johnson received the Outstanding Economic Educator Award from the Old Dominion University Center for Economic Education.

One of her most heart-felt joys was to travel to England and East Africa. While in Kenya, Rev. Johnson attended the International Social Studies Conference, visited a school, and experienced a cross country safari which was extremely exhilarating and exciting. Rev. Johnson thanks God for the gift of retirement from NPS after 30 years of service. She was ordained a Local Deacon by the 2nd Episcopal District of the Virginia Conference on September 22, 2007.

Rev. Johnson traveled with the Young Peoples Department of her church on a mission's trip to the Dominican Republic. In 2011, was honored as the Mother of the Church. She was saluted as one of the* Women on the Battlefield for the Lord.* Currently, Rev. Johnson serves as an associate pastor; and has served as church school superintendent, director of Vacation Bible School, and noon day bible study teacher for 17 years.

For I am convinced that neither death nor life, neither angels nor demons, neither the present nor the future, nor any powers, neither height nor depth, nor anything else in all creation will be able to separate me from the love of God that is in Jesus Christ our Lord.

Percy Johnson was born and reared in the city of Norfolk Virginia. His parents were Lafayette and Margaret Johnson. He is the third of five children. Percy has three brothers and one sister.His siblings are Lafayette Jr., Carl, Eric, and Gloria. He attended the public schools in the city. He graduated from Booker T. Washington High in 1961. After Booker T., he attended the Norfolk Division of Virginia State College in 1962. Before he could finish college he was drafted into the military where he served as a medic. After two years in the military he went back to Norfolk State College. During his senior year in college he opened a tax business that he still operates, more than 50 years later. In May of 1970 he graduated from Norfolk State College with a degree in Elementary Education.

August 4, 1973 Percy married, *The love of his life*, Gloria Jean Cox. They were married for forty years and have three sons. They are Thadeus, Percy Jr. and Jeffrey. His sons have given him four grandchildren and eighteen great grandchildren. Gloria died in 2013.

In August of 1970 Percy began teaching in the city of Norfolk. He taught in the Transition School, which was the first school for drop outs in the state of Virginia. The Transition School helped thousands of students continue in school and hundreds graduate from school. After eleven years at the Transition School, he taught at two other schools for one year each. For the next seventeen years he taught at Azalea Gardens Middle School. At Azalea he was able to accomplish a great deal. Two of the most memorable things are he became teacher of the year and the students developed a garden. They fed the entire sixth grade with collards and other vegetables. After thirty years he retired.

After retiring from school Percy worked at the Norfolk International Airport for thirteen years. Percy worked there as a skycap and the afternoon supervisor. Since leaving the airport he uses his time to complete taxes and write books about life as he knew it growing up. This happened because Percy and his siblings have such fond memories of their home known affectionally as *Fort Johnson*.

Lafayette A. Johnson Jr., PhD.
In Creative Writing, Literature and English
University of Colorado / Bolder
I am Liberty Dendron 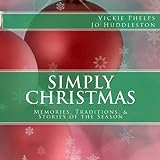