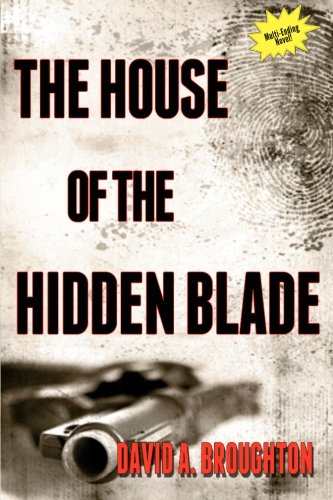 Book: The House Of The Hidden Blade by David A. Broughton

about this book: It is a multi-ending book about an assassin who grows tired of the life and decides he wants out, unfortunately there is one last contract to fulfill. After reading several other assassin based books, I found there was a common thread amongst them all, none of the character had feelings, or emotions, I wanted to give the main character, Jacob Hamilton, a more human edge, something people could relate to, after all people have faults, why not assassins?

The world of the assassin is not as simple as you think, each one belongs to a certain faction, a house, hence the name of the book THE HOUSE OF THE HIDDEN BLADE. The other three were at one point re-united in one grand order, however due to infighting they were split into different cabals with different rules.

In time they will re-unite, but at what cost? Jacob doesn't know but what he does know is that life will never be the same again.