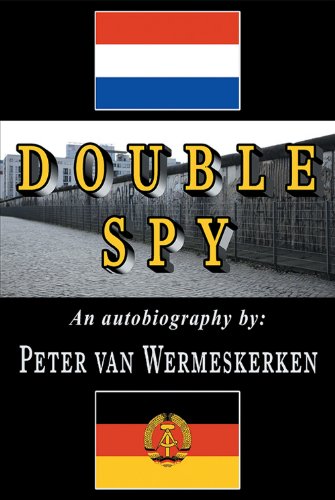 about this book: I was a young Dutch journalist and visited my girlfriend in communist East Germany. A few men from hated Secret Service had visited her at her job. The told her they wanted to see me for a talk, alone. However, she accompanied me. I got an innocent first task, writing an article on the Dutch monarchy. Ten days later I returned home and went straight to the police. They gave my 'case' in the hands of the Dutch Secret Service (BVD). Within a couple of days I was proposed to spy for them on the East Germans. By doing this I 'bought' my safety. What followed for me was a big laugh. The East German Stasi spies thought they were the second best (after Israeli Mossad) intelligence in the world. How was it possible that I, young journalist, minor spy could beat them? That happened time after time and unnoticed. Please read why and notice the blinkers the communist spy supervisors wore, day and night.

This is a real spy story, from Alpha to Omega. No James Bond adventures, but exciting nevertheless. I could think about writing 30 years after finishing the job. That was the deal with the Dutch BVD. My wife wanted me to write it down, "because hardly any people that spied can write about". Writing took me 9 monthes. Many things I had copied before handing over to the BVD before the farewell dinner. The title says what the book is about and the cover shows the hated Berlin Wall.

I've been a journalist for over 40 years. That writing is different from a book. Reading the reviews that ended up in 5 Star valuations and a single 4, I'm amazed. Bur reviewers say it reads as a novel. Of course thanks to good translation and editing.