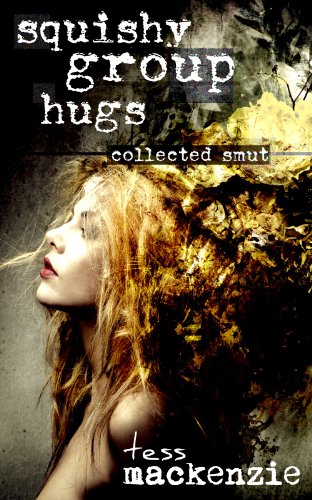 about this book: Hi, I'm Tess and I write smut.

Mostly I try to write slightly thinky, realistic, character-driven erotica. People do kinky stuff, but hopefully in the way real people might, when they're having an especially good day. So I write about people in strong relationships trying new things, like bringing in new sex partners, and about relationship starting, and sometimes about them ending, too. People change, and develop, and live their lives, and that's tied into the sex they're having. But it's not only about the sex they're having.

Also, I give away all my stories as I write them. So everything in this book is on Wattpad for free and most of it is on my website too. Along with everything else I ever wrote.

That's right. Everything I ever wrote. All of it. Free.

Just to be clear on that, so no-one is upset when they realize later on!

So why? What on earth is this?

This is obviously an evil marketing plan, and for that I apologize! I'm trying to be a writer, but I'm still finding my way into it. I'm trying to figure out a middle ground between being paid sometimes, and not being a dick about being paid. And also a middle ground between giving away stuff so people will try it, and not making it too overwhelmingly hard for people to give me money if they really want to.

Because I get it, you haven't heard of me before, so it's completely reasonable that you should get to read some stuff before you hand over money. And also, some people might not have money, and it kind of sucks if you can't read because of that.

I write stories, and put them around the internet, and then after a while I collect them up and make a book.

And this is that book, right here.

So if you would like to buy it, I would really appreciate it, and that would be fantastic. But on the other hand, if you'd rather try reading a little first, or would rather not pay at all for whatever reason, then please come to my website or Wattpad and read there.

And really, please don't feel you have to go and buy it. Like really don't. Not buying the book is honestly fine too! Just that people are reading what I write is wonderful in itself.

So that's all, and thank you for looking!

Other books by Tess Mackenize