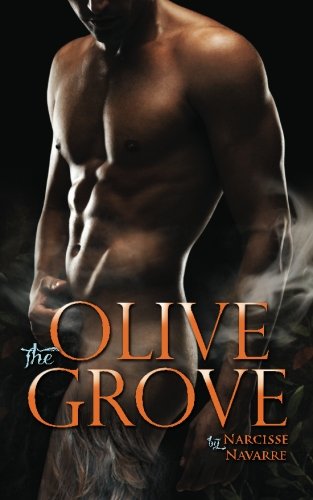 about this book: Growing up I was influenced by the fantastic stories my father used to tell me about the Greek gods. A lover of mythology himself, my dad took time every night to point out constellations and weave the wondrous tales of the gods. I was spellbound by the struggles and the hubris of these beings who I believed to inhabit the sky. It was in this climate that I developed a fascination with magic and fantasy that continues to this day.

While I explored the dilapidated ruins of Hadrian's Villa near Tivoli, Italy, I had a very alluring daydream. The ruined villa was beautiful, but what captivated my imagination were the ancient, gnarled olive trees that stretched in all directions. It was nearly ninety degrees on the day I visited and I had sweat pouring down my back. Perhaps the heat played a trick on me.

I could have sworn that I saw them–Satyrs of old darting between trees. I imagined them frolicking, feasting, dancing in some other parallel world kept alive by the ancient magic of the grounds. Certain places have mystical energy that, I believe, transcends time. Hadrian's Villa with it's sprawling galleries and baths and three hundred acres worth of Roman greed certainly did. It was almost as if the blood and sacrifice of the slaves and workers that toiled on it had seeped into the earth. The feeling was uncanny.

As I touched the rough bark of one of these silent sentinels with olives the size of peas the gears in my mind began churning. What if the lands of Dionysus bordered our world? What if these magical creatures did exist and walked amongst us in human guise? What if they could only emerge and cross the veil between worlds during festival times? How did Christianity impact their existence? What if they were a dying race? All these thoughts and more rose up out of the sweltering heat and the glorious beauty of the countryside.

Like the main character of my novel–Gia–I wondered in a daze through the pastoral fields dotted with red poppies feeling as if I were being spied upon. The feeling was so real that as soon as I made it back to our hotel I began work on The Olive Grove. I worked on it every night, slowly falling in love with the world beyond the veil.