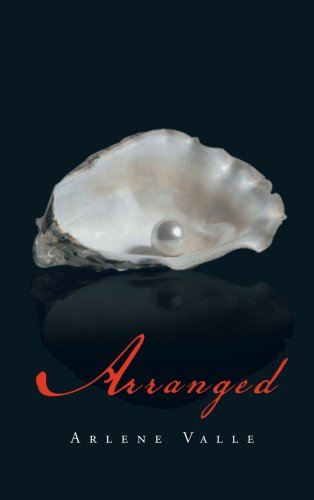 about this book: My first venture into the tsunami writing world of Romance Erotica is called ARRANGED. After watching an interview of Stephenie Meyer, and how she got started, I thought to myself, I can do this, at least try. I knew the genre of vampires and werewolves wasn't for me but a good romance was more what I felt I could relay.

The story tentatively started out with a title of Hollywood Nymph, but somewhere along the line, she moved away from being an actress and to be truthful I don't recall how the tropical island came to be a large part of the storyline, but it did.

I myself fell in love with the Caribbean island, just by doing research online. Most of the locations and details and places are real. While researching locations for the book I met a man who lives on the Caribbean island, that my story somewhat centers on. He has been extremely helpful in giving me information that I was unable to find on the internet. I will always be indebted to him for even sending me pictures of locations I was writing about. I wanted to get so much of it just right when it came to telling the story.

The story centers around a young woman named Samantha, who meets a very wealthy man at a very opportune time in her life. He befriends her as a lover and protector but because of her libido he knows he can't always be enough for her so he decides to be sure she meets the proper men to fill her needs.

This is not the typical male macho rich guy dominating the woman he must convince he loves; in fact it is almost the reverse. Samantha knows what she wants and she generally finds a way to get it.

In this process she meets a young Wall Street lawyer and does become involved with him. Their storyline really heats up on the island, as he is a guest of Samantha and her wealthy live-in lover.

During her story she does try to overcome her strong desires and face the fact that she can't continue on down this path knowing how destructive it can be in the end. The readers will see she is flawed and vulnerable just like we all can be and in the end she becomes stronger because of it.

She also 'meets' an ex-pat police detective from New Jersey while on the island and starts a relationship with him much deeper than she ever thought it would go.

Along the way there is a murder brought on by a previous murder in New York that happened back in the 80's.There is also a shooting of a modern day pirate while she is out in the middle of the Caribbean.

I don't want to give too much away but I think the readers of Erotica Romance will enjoy this twisted triangle she finds herself in and the sad but happy ending to the novel.

I am in the process of writing the sequel. The second to last chapter of Arranged is quite sad. The ending chapter is a happy conclusion and the sequel will fill in the time between those two chapters. I think if the readers get to that point they will understand the need for the sequel and the fact that Samantha's story isn't quite over, along with the other characters on the island.