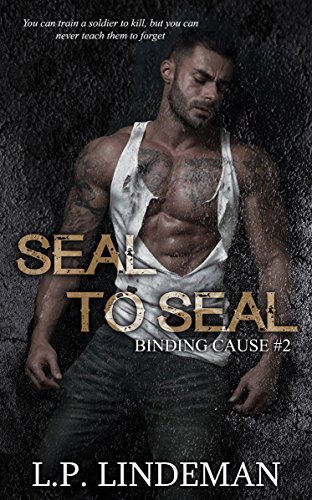 Book: Seal To Seal (Binding Cause Book 2) by Laurie Pailes-Lindeman

about this book: Book two in the Binding Cause series. Riley, Trask and Jade continue to fight the feelings. The chemistry is too much for them to ignore. Let them take you into their world. Riley may be a former Navy Seal and would gladly face down terrorists before admitting his feelings for Jade. How can someone possibly love two people at the same time? Can he overcome the demons that chase him in order to give them the love he knows they deserve? Watch how they Jade and Trask help Riley see that together they can overcome anything.

When Jade is taken by a former teammate Riley's two worlds collide in epic proportion and he is forced to choose. Can the brotherhood they were trained to maintain be strong enough for Riley to turn his back on the two people he loves? Watch how the past that he holds onto makes the choices he is about to make in the present define him as a man.

Other books by Laurie Pailes-Lindeman