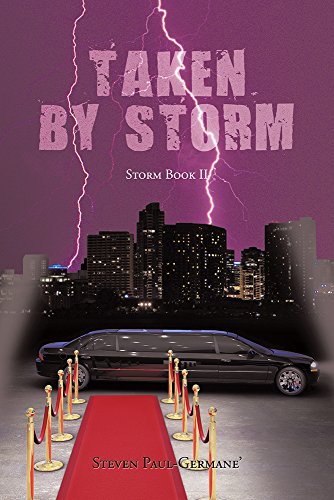 about this book: The saga continues as Philip 'Storm' Stevens, seeks justice and answers as to the many questions in the back of his mind. Who is he?

All the money in the world couldn't prepare him for what was happening. He was abused and used by so many in order to protect his family and friends but it still wasn't enough. His brothers had their doubts about him and his parents were left in the dark. He would do what he needed to protect them.

His brother's, Patrick and Phil who were part of identical triplets,had no idea what he was going through. He swore to bring the mastermind behind the unraveling of an empire, to his or her knees, no matter what it took.

Victor Grant made sure he left no T's in crossed or I's undotted. He called the shots and it was his way or no way at all. He wanted what he thought was rightfully his, Storm and his brothers and their mother. He was powerful and owned everything and everyone. Now he wanted to own Storm.

Victor had no clue just how much Storm could handle, until now. This was one Storm that he would have to ride out. The storm was just starting and it was going to be one helluva one to conquer.