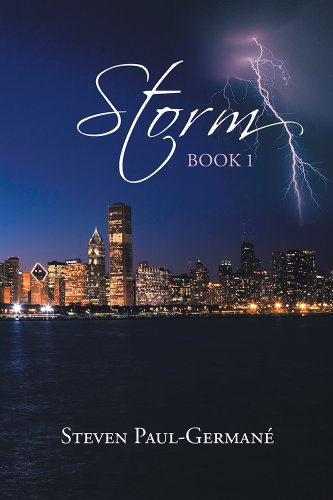 about this book: My name is Philip 'Storm' Stevens. I am one of three. We were born June 28th, just before midnight. I got the nickname Storm because after I was born, it started storming really bad and I was kicking and screaming like crazy. I have two brothers who look exactly like me, Patrick and Phil, and the only way to tell us apart is our eye color. We were identical in almost every way.

My father is rich and although he wasn't born with a silver spoon in his mouth, he worked his way up the wealth ladder being disowned by his dad because of marrying a black woman. And now, someone was trying to take away the very thing that held us together. Our mother.

Someone was blackmailin our father and trying to destroy everything he built. Family secrets were about to be exposed and lines crossed. Family was quickly becoming the enemy. Everything the once seemed real was no longer as it seemed. You couldn't trust anyone because anyone that was in our family circle was now being removed, one by one, when we least expected it.

However, I wasn't ready for my life to be turned up side down like it was becoming. I had no idea that everyone's life was about to take a drastic change, permanently.