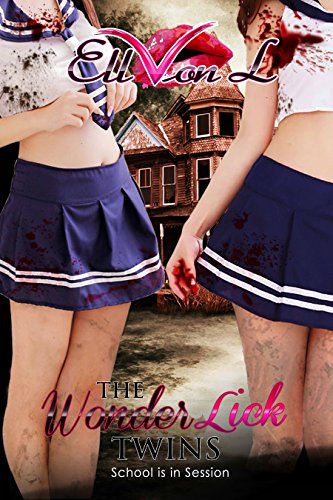 about this book: Imagine growing up in a school for girls, everyday is filled with learning. And then on the evening of your eighteenth birthday the very prim and proper Headmistress shows up in your room telling you that you need to go with the grounds keeper to a fundraiser.

Everything you held dear is stripped away as you are taken to one of the school's Benefactors' homes and told you are to do whatever they ask of you no matter how depraved.

Saved by an assassin in the shadows, but now they serve a new master, which is worse the Benefactors or the Guild of the Thorns?

Before this night is over there is nothing left of your innocence but a memory...

The war on women was the inspiration behind this book, and the rise above it as the two girls, Tia and Teny, learn that they are more than just tokens to be used by the school.

This is a book one in a series of six, The Wonderlick Chronicles and it is setting up the a longer running series, Guild of the Thorns: Contracts... And writing to set up future characteristics is a challenge...

Message to readers: I'm new to the world of writing Erotica... I plan on staying around for a while, I have these two series on my mind as well as a third called, Ell's Quickies... These will be very short 3000 to 5000 word series...