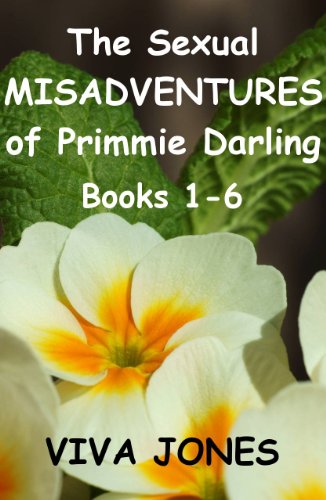 Book: The Sexual Misadventures of Primmie Darling - Books One to Six by Viva Jones

about this book: Eighteen sizzling stories where politics and sex do mix... Primmie Darling is young, sexy and beautiful, and she works at the heart of the British government, as PA to the wife of the British Prime Minister. Politicians, public figures, celebrities and sport stars - no-one escapes her sexual radar as she indulges in lesbian trysts, threesomes and steamy sessions in the most public of places. But all Primmie really wants is love, marriage and the stability her parents never gave her - so which of her sexual conquests is most likely to provide? Mungo Robinson, the parliamentary under-secretary whose parents' sexual antics made him swear off sex outside marriage? Or celebrity hairdresser Sven-Mikael, whose gay persona masks the secret he fears could cost him his glittering career? Or even EU Commissioner Richard de Castellane, the man whose enormous dimensions Primmie can't get enough of?