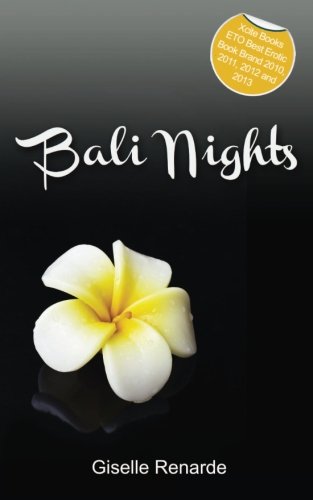 about this book: Like many of my books, "Bali Nights" was inspired by a documentary. I saw this program about male prostitutes catering to female vacationers on the island of Bali, and it sparked my imagination. It's not something you hear about often, is it? We don't think of women as people who pay for sex, but, as I learned in this documentary, many are willing to dole out cash for erotic companionship on the beach and beyond. And we're talking young women! Beautiful women! I was fascinated enough to write a book about it, and I hope you'll give it a read.

Do Beach Boys really exist? They're said to be hot young surfers who sell their bodies on the sandy shores of Bali—and not to other men, oh no. Beach Boys specialize in seducing women.

According to Kimmy, Beach Boys are not only real, but they're Bali's top tourist attraction. And she should know, considering she hired one last time she vacationed there. How she convinced co-worker Shandra to fly halfway around the world just to pay a guy for sex, Shandra will never know… until their first day in Bali, when she falls for Man: tall, dark, handsome, and on the make.

There's something different about Man—he's nothing like the guys back home. Shandra can tell him things she's never shared with anyone, shed her inhibitions, and abandon herself to the best sex of her life. Now she understands why Kimmy was so anxious to return to her Beach Boy, Budi.

With Man's encouragement, Shandra surrenders to a lust for men (and women) she's long denied. But there's more to a Beach Boy than meets the eye. Are Budi and Man really as trustworthy as Shandra and Kimmy think, or will their secrets shatter the girls forever?