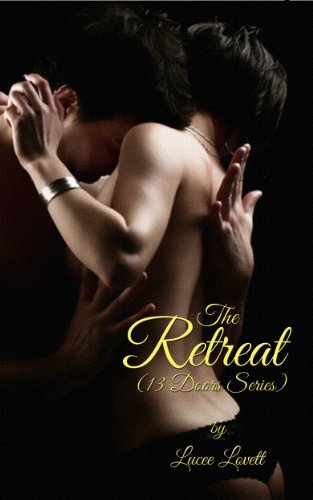 about this book: The retreat is the first of a 13 book series. It about a young couple who are facing difficult time within their marriage. Primarily due to the lack of excitement and passion in their sex life, caused by the husbands inexperience and moral stance on sex. The husband attitude to sex is leaving his wife frustrated and needy. She becomes desperate to find a way for her and the man she love and want to spend the rest of her life with to stay together – having hot steamy exploratory sex session – taking her to heights she has never known throughout their relationship. She is longing for something different and experimental, to free her from her boring stale existence. So taking the advice of a colleague at work. She enrolled her and her husband on a long weekend break at a relationship retreat. An establishment that is ran by a relationship guru with extremely unorthodox methods and a 100% success rate. The husband is reluctant to involve other people in what he regards as the most sacred connection, between him and his wife. However he know if he want to keep his marriage, he had better get on board and show some real concerns in respect to the problems they are having. Moreover, he loves his wife dearly and would do almost anything for her. Equally he recognizes that the issue starts with him. The couple's journey to self-discovery will be like nothing they could possibly imaging. A superb tale of love lust and learning.

I was inspired to write this book as I feel that the male role within many fiction stories are depicted to be some kind of super stud. This can put the normal men under a lot of pressure to preform like acrobats and know everything there is to know about a woman sexually. This is not always if ever, the case, nevertheless after reading a good fictional erotic book a woman might look at her man and ask herself why he can't be like the character in the book. I've had a few friends that have brought this idea to my attention and I've had to remind them that its fiction and the sexual performance of a fictional character is only limited to the writers imagination. So I decided to write a book where the woman was more sexually assured then her partner.

The hardest part of writing this book was to get some of the men I knew to tell me the things that they would like to do to their partners sexually but don't have the guts to bring the question up with them or requests something different. I was encourage to write it so that my book could be an opening for them to say something about it. I got a lot of material and ideas and decided to break it down into 13 bite size books. In addition to speaking to some of my male acquaintances. I used my professional background to ascertain information and ingredients for the additional books.