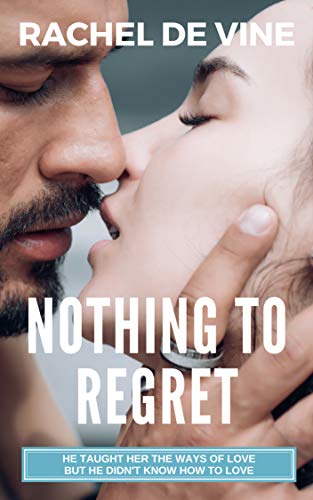 Book: Nothing to Regret by Rachel de Vine

about this book: Beatrice wants to become a writer, but has led a sheltered life as the daughter of an English vicar, growing up in the 1950s. She decides to travel around Europe, just ten years after the Second World War has devastated much of the continent, in order to widen her experiences and find subjects about which to write.

The naïve and sexually innocent young woman is drawn into a three-way relationship between Charles, an expat English man, living in France, and his beautiful French girlfriend, Sabine.

Charles has emotional problems, stemming from his dysfunctional childhood, and can be moody and melancholic, and although he teaches Beatrice about the art of love, he is unable to reveal the love he develops for her, and the three-way relationship is shattered. Will another man, waiting in the wings, be able to heal the hurt?

I was inspired to write this book the, during treatment for cancer, the whole story came to me in the form of a dream. The only thing I changed was the period - from the 19th century to the 20th century. It took nearly a year before the book was ready to publish, but sadly, the day the book came out was the day I lost my dear father. So the book evokes strong memories for me. I am now about the publish the follow-on book, Sabine.

Reviews of the book:

• "This book has it all! Love. Friendship. A love triangle. Eroticism. Romance. Heartbreak. Art. Paris. Italy. And a twist you won't see coming!"

• "It's clear that de Vine takes her time building her story-telling craft, settings, and characters until I found myself crying at the end. For sadness or joy or both, you will have to read to find out!"

• "Beautifully written story with incredible attention to detail and multi-layered characters who are each perfectly flawed, allowing you to connect with them on a personal level."