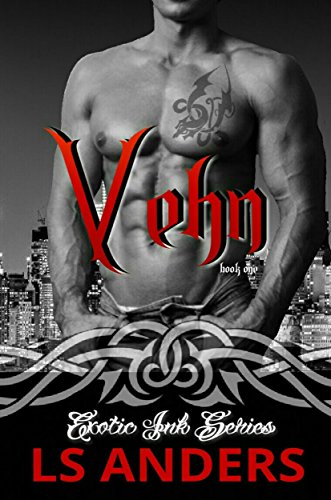 When one of the most recognizable faces on the planet chooses to disguise his true identity in order to enjoy a night out, he never imagined stumbling upon the one woman who can set his blood on fire while consuming his very soul. How will this unique couple conquer the tremendous odds stacked against them to secure the extraordinary love they have discovered within each other?

Vehn Mathieu possesses one of the most recognizable faces on the planet. He has everything money can buy, but there's a huge piece missing from his exceptional life that can't be bought – a soulmate. He longs to find a woman who wants the man behind the persona, a woman who can see beyond the façade. When he finally finds the one, she is completely unaware of his true identity. Will she be able to come to grips with his celebrity and love the man behind the name?

Callie Mackenzie is well-known in her own little niche. Her beauty, talent, and radiant personality hide the dark, jagged scars of her past that threaten to extinguish the light of her future. Her seemingly iron-clad armor can barely protect the fractured soul of the woman beneath as she fights a daily battle to preserve the happiness she has strived so hard to achieve. Finished with abusive men, she prefers to daydream about the one she thinks she'll never meet. But when Callie's fantasy becomes her reality, how will she slay her own demons to be with him?

Vehn and Callie together.

When forces outside their control threaten to destroy their fragile new bond, Vehn and Callie come face to face with her deep-rooted insecurities. Their chemistry is unshakable, but is their untried relationship strong enough to endure the hardships of his fame and her past? Is the reward of being together worth the price each must pay to keep their one true love?