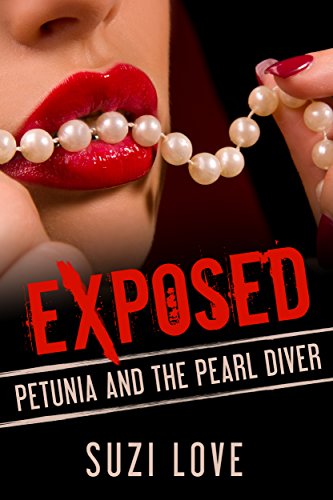 As I love delving into the seedier side of London life in the early 1800s, I've started this story in a London brothel and with two main characters who would normally not visit this establishment. They're both 'out of their depth', if you'll pardon my pun, and yet they form a connection that is 'ocean deep' - yes, another pun!

The pearl diver is desperate and so is Petunia. Both hope to gain something from their sole visit to an up market London brothel, yet they don't expect to enjoy the night quite so much, nor do they expect that both their lives will be up-ended.

I do lots of research into the underworld of London in the early 1800s and am always amazed at the facts and stories I uncover. Did you know that in the early 1800s some areas had a brothel (of some sort) on every second corner? Sometimes tavern serving staff took 'guests' upstairs to rooms and sometimes the brothels were grand houses in the most prestigious suburbs of London and the aristocracy paid huge memberships to be admitted and entertained.

Hope you enjoy the antics when their two worlds collide at a brothel and then again later.

Other books by Suzi Love