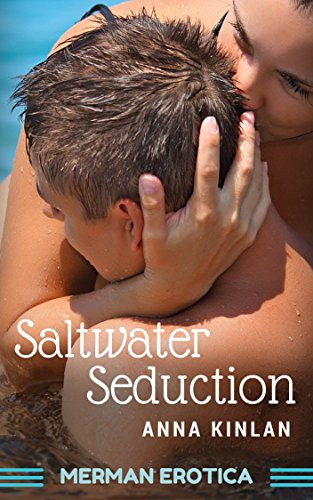 Kat has booked into 'The Last Resort' for a rest. She is definitely not in search of a man, and certainly not the gorgeous, amber-eyed owner, Bastian Dumont.

That is, until he gives her a massage that changes everything. Now Kat wants to find him and figure out why he's rejecting her after his amazing fingers satisfied her beyond belief. She soon finds out that Bastian's magic hands aren't the only part of him that's spell-binding.

Nothing could have prepared her for what came next.

A figure drifted into the circle of light. A man with broad shoulders and bronzed skin and long sensitive hands. The muscles on his back rippled as he swam. Bastian.

The rest of him came into view.

It was hard to make sense of at first. His strong back had golden skin on it but scales began below his waist. Where a man's long legs should have been, there was a tail. A golden, gleaming tail that ended in fine, filamented fins. Fish fins. He was sleek, beautiful and utterly unbelievable.

Bastian hadn't noticed her because he swam close to the bottom, his eyes scanning the sand, weaving out of the coral heads and then out of sight into the circle of darkness again.

Kat froze. She still couldn't process it. She wondered if she should grab her phone and take a picture, run and tell someone, do something.

But she didn't want to. She just wanted to see him again. To watch the way his powerful tail undulated through the water, the way his muscles moved as he spread his arms and swam through the dark ocean.