about this book: An epic poem that follows the action of the crew of the Australian freighter, Hannibal Prescott, in the apparent rescue of an ancient Channeler from a starship called the Timevertron. In a flowing narrative the Channeler tells how the ship came to be launched by NASA in 1976 to prevent the Sun's nova,. Interrupted time and time again by the questioning crew of the Prescott, he describes the Timevertron's transcendent mission to find a godlike being who has the power to save the solar system,the price that his crew paid for that knowledge and the sequence of temporal events that surround the strange oscillating ships sudden appearance near Xanadu, one of Jupiter's lesser moons.

The title "Fifth World Temporal" was suggested by Nathan E. Lilly editor of Everyday Weirdness a poetry forum and the long running Space Westerns e-zine. Lilly had this to say after proof reading the first draft: "I've been hoping that someone would write a science fiction epic poem. This fits the bill." 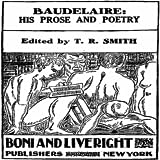