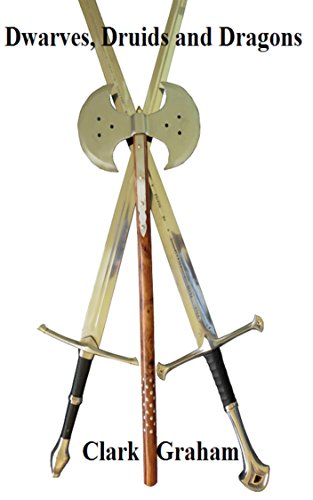 about this book: Against hopeless odds, the men of the Seven Dukes struggle on. Their largest city has been destroyed and their army is under siege in the northern city of Lanu Git. The Valkyr have come to their aid, but they too have been driven back to their cities. The new King of the Dukes wonders how long his army can hold out.

Unknown to the men of the Seven Dukes, a Prince has taken it upon himself to sail across the Forbidden Sea and ask for help from the very people that the Dukes drove out of the land years before.

Being forewarned the Prince of the Valkyries announces that he will help. Elvenshore refuses to let him go alone and gathers it massive army to return to the land that the Druids drove them out of four hundred years before. The question in everyone's mind is, 'will we get there in time?'

Follow the battles and struggles as the land fights it way back from the edge of destruction.

This is book seven of the Elvenshore Series and is the dramatic conclusion to the second trilogy that covers the next generation.