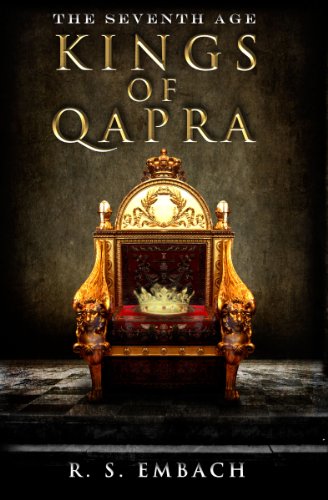 about this book: The tireless wars under the skies of Sunos—sixth moon of the ringed planet Saccris—may have come to an end, but the bloodshed has only just begun. Peace is only an illusion as a wicked priest and his bloodthirsty king set out to acquire the four Relics of the Third Age in order to revive the Ice Dragon Draklada and bring about certain destruction. All that stands in their way are a displaced queen and her unborn child. Can Aiyla reach safe sanctuary in time, or will the forces of evil overtake her?

Kings of Qapra is the first of five books in the epic saga of The Seventh Age. Since it sets up the entire series, some readers may find the pacing to be a bit slower than many fantasy novels, but those who stick it out through the slow start will be rewarded with an epic tale of hope, love, and betrayal at the turn of every page.