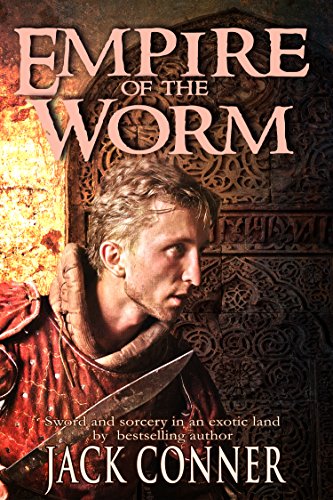 Book: Empire of the Worm - An Epic Fantasy Novel of Sword & Sorcery and Occult Horror by Jack Conner

Only Davril can stop it, but how can he when war has destroyed the empire, demons walk the streets, and Davril himself is on the run from bloodthirsty cultists? The secret lies in the ancient Jewel of Tiat-sumat, but unlocking its mysteries will prove most dangerous of all.

This is a tale of triumph and tragedy, bloodshed and horror, as Davril seeks to reverse what he's done and prevent Qazradan from becoming . . . the Empire of the Worm.

People who enjoy "Weird Tales", the works of Robert E. Howard, H. P. Lovecraft, and other weird fiction writers are likely to love "Empire of the Worm". It's sword and sorcery with a Lovecraftian twist.