Book: Enemy Among Us by Kevin Hamilton

about this book: Enemy Among is a fantasy novel/hero's journey that follows an amnesiac hero as he tries to learn the truth about his past in the middle of a war between two nations. Battles and monsters play a role in the story, as do romance and religion in the hero Marcus's journey to realize who he is, and where he belongs, all while trying to stay alive.

The book is the first in a series, I'm currently working on a sequel now, that follows Marcus through the mythic land of Larcurion. Marcus is an 'everyman Conan', who isn't the perfect, square-jawed hero, sometimes he's lost and uncertain; sometimes he fails. I feel this series will appeal to those that like young adult fiction as well as dyed in the wool fantasy fans.

The dialogue for Enemy Among Us is a bit more 'modern' than typical fantasy fare. This was a stylistic choice both to differentiate the book from many others in the genre, as well as an attempt to appeal to a much broader reader base.

One of the major thematic elements in the book is the question of do our memories and our past make us who we are, or is it our choices that determine what we become? Just how much in control of our own fate are we? 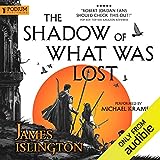 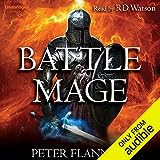