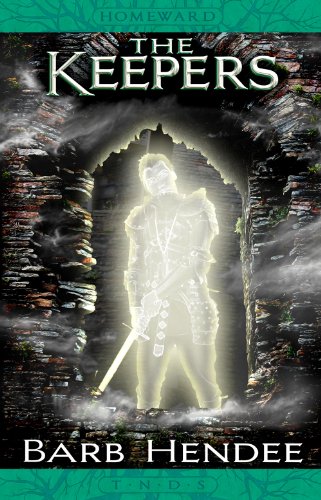 about this book: Young Jan is stunned when his father, Cadell, the "zupan" and leader of the region's villages, is offered the vassal lordship of the local keep. His father is about as far from nobility as anyone could be. For some reason, the nobles of the house of Äntes, the rulers of Jan's province, have been unable to keep a vassal there for twenty years—as those appointed have fled the place in the night -- and the Äntes may have grown desperate enough to throw the position at Jan's father.

The last place Jan wants to live is a decrepit, dark little fortress above a village of superstitious peasants. But when his father accepts the position, Jan finds himself swept off to the abandoned keep above the village of Chemestúk. The situation there is darker and more serious than he, his mother, or his father bargained for.

The local peasants won't go near the keep; something terrible happened up there twenty years ago. Soon enough, Jan and his mother begin to learn why no vassal has ever remained in that place for more than a moon. And the darkness upon the keep is greater than mere superstition.

About "Tales from the world of the Noble Dead Saga"...

No knowledge of the Noble Dead Saga is necessary to read, comprehend, and enjoy any "tale." Readers new to this world can step right into it through any of these short works. They are independent of the saga's main plots/stories, though some minor connections will be apparent to readers of the saga.

For those who have read part or all of the saga to date, you may expand what you already know about the world, cultures, times and places, and favorite minor characters left behind. In other words, "tales" can be a little treat straight from us to tide you over in a year's wait for the next volume in the Noble Dead Saga.