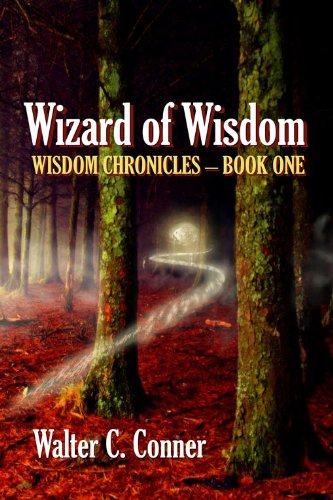 about this book: At its core, Wizard of Wisdom is a love story, but not one of romantic or physical love. It is the love that exists within the bond between two people; in this case, two men — two very different men — and it is ultimately that bond which defeats the evil in the story.

I'd had a few magazine articles published in the past, but I had never written a novel length work. I decided to write Wizard of Wisdom after reading a couple of really "so-so" to "awful" paperback fantasy novels I bought while on vacation the previous summer. I even told my wife at the time that I couldn't believe those stories were actually in print, and that I was sure I could write something better. I had already conceived the basics of Wizard and decided to give it a go after reading those two lousy stories.

My readers have told me I succeeded in their reviews on Amazon and elsewhere. The one I treasure most about this, my first ever novel, is by Dr. Howard Castrup, and I quote it in part here: "Brace yourselves lovers of mystical tales of bygone times and lands that might have been; there's a new kid on the block and his name is Walter C. Conner." He continues, "His characters are three dimensional and their exploits are engrossing and anything but simple."

My greatest stumbling block in bringing this first book to print was getting up the nerve to send it out to agents and publishers because of the fear of having someone actually read and judge my work. Fortunately, my belief in this story overcame my fear of rejection and I sent it (and revised it) enough times that the entire series was finally accepted by Double Dragon Publishing.