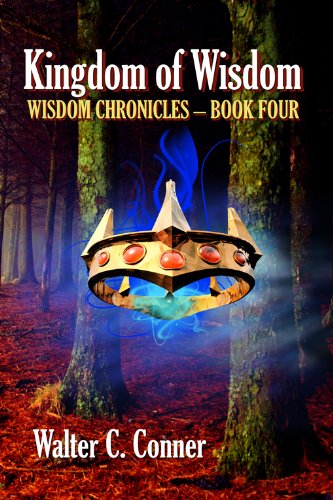 about this book: Though originally conceived as a single novel, Wisdom Chronicles quickly morphed into a multiple story series. By the time I started writing this fourth book, I had conceptualized what will end up being a seven book series. The sixth book, "Loss of Wisdom" (under construction as I write this), will complete the arc unknowingly begun in "Wizard of Wisdom", and the seventh book ("Origin of Wisdom") will be a prequel which bends the arc into a circle.

"Kingdom of Wisdom" opens immediately following the ending of Book Three, "Children of Wisdom", and relates the emergence of Princess Caron's son, Alexander, as the strong, compassionate and decisive individual who has the qualities required to fulfill his mother's prophecy of his founding of a kingdom at some future time.

Though only recently released as of this writing, "Kingdom of Wisdom" had achieved an Amazon Best Sellers Rank of 69,528 Paid in Kindle Store and received a 5-star rating by an avid reader on Goodreads within three days of its publication by Double Dragon Publishing.