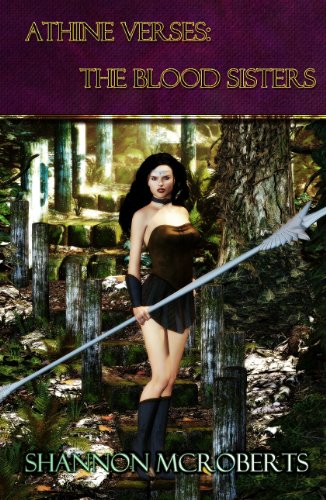 about this book: My entire life I have been fascinated with mythology, super powers, vampires, and strong female characters. Yet, I was never able to write a story until later in my career. First came poetry, then art, and photography. Then one day while I was at home watching the new Wonder Woman cartoon I began day dreaming about a daughter of Ares. One line came to mind "and she will make the world quake at her feet". I wrote that first book in small spurts. It was difficult and has undergone many revisions, but the story was told the way it needed to be. I thought that was the end. I was wrong.

The second book in the series flew from my fingertips. Then the idea for this book hit somewhere along the way. It beckoned to me in a dream to write it. It took me a little longer, but I am the most proud of this book. It goes in a series, but can also be seen as a stand alone title. I liked it so much that in "Worlds Collide" I continued with the story and in my current WIP I continue it some more. If you have ever wanted to know what happened to the dragons or where the vampires came from then this book is for you. While this is third in the series it can be read alone and still enjoyed, but for the best experience I suggest you read Athine Verses: The Beginning and also Athine Verses: The Narkurru.

Other books by Shannon McRoberts