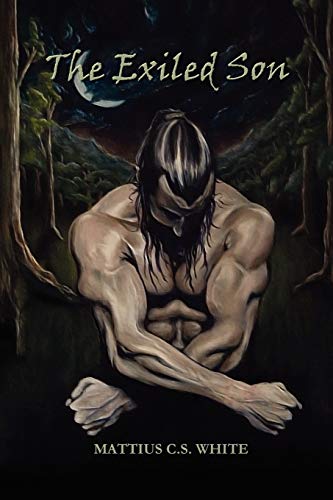 about this book: The Exiled Son begins the story of Tallic Shawen, the wayward son of a SangreLin prince. Tallic's father discovered long ago a mystical sword called the Luzblad, but has since disappeared, once his brother and ruler of the SangreLin Empire found his discovery. The SangreLin had been seeking this sword for centuries, since it holds great powers after two gods battled with it for control of the SangreLin upon the Earth. Once Tallic discovers the dark past of his bloodline, he must continue the path that his father unknowingly set him upon, and defend the Luzblad from the SangreLin, or fall beneath its power in doing so.

This story culminates over the course of The Exiled Son and book II, The Leaves of Dusk. I wrote both as one epic story, but due to printing needs, I was forced to split the work into two parts. The third book of the series The Princes of Shadow and Sand is a direct continuation, but also a whole new story.

I began writing this book, simply for the joy of writing, and as a challenge to myself to see if I could write an adventure novella. As a fan of The Lord of the Rings, Discworld, The Hobbit, Star Wars, and the Final Fantasy video games, I have always been a fan of sweeping epics with large back-stories and dozens of characters. As I learned more about the craft of writing in college, I began building upon the initial adventure tale, until ten years later it spanned approximately 1,000 pages.

This series will appeal to fans of fantasy like The Lord of the Rings, but I have included some Steam-punk aspects in the form of airships and the world's first locomotive. There are parts also that lean toward dark fantasy, with dealings involving the undead, ghosts, and the afterlife.

The cover for The Exiled Son and the other two books in the series thus far, have come from the mind of my brother Michael B. S. White. We collaborated on an idea for each, and I let him run with it. I have been very pleased with his work, and I know that whatever success that my books have will be directly connected to the beautiful covers he has created.

With The Exiled Son and The Leaves of Dusk complete, I am working toward releasing The Princes of Shadow and Sand. It has been a long and rewarding journey, and I think I have captured my own struggles, the joy, the sadness, and an ending in these books that will resound with readers.