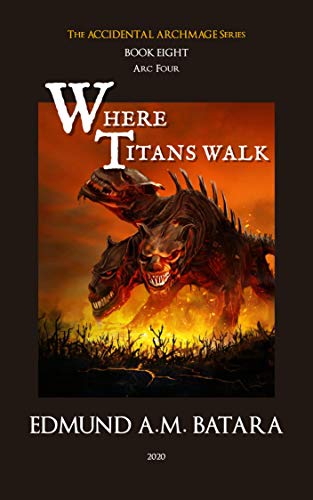 about this book: The continuing quest and misadventures of one Havard Ulriksson, formerly Tyler West of Earth, now the Archmage of his adopted world.

With his wife, Eira, held prisoner by the Titan Iapetus, Tyler is now in Tartarus on a desperate rescue mission with his band of powerful misfits. The dark realm is the land of the utterly damned unlike the domain above it known to the Greeks as Hades, the underworld of the merely damned. It is a place where the likes of Death and Night reside. A dimension of contradictions. But as usual, reality is stranger than well-known myths. On Adar itself, Loki's war is going well as the internecine war among the pantheons continues.

Meanwhile, a defeated foe rises in the south, more powerful than ever. Astrid finds herself the subject of a wife's rage and the murky past of the companions now comes back to haunt them. In the end, Tyler finds that one of the most dangerous foes is an enemy thought to be a sympathetic friend.