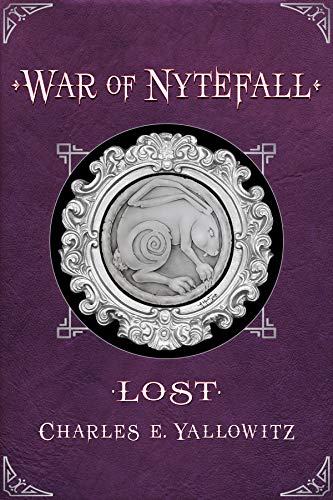 about this book: Within the shadows of Windemere, the Vampire Civil War continues to rage with neither side seeing a clear path to victory. Too destructive to remain in the field, Clyde has been forced to focus on ruling Nytefall. Torn between being a relaxed ruler and a brutal warlord, the Dawn Fang progenitor wants nothing more than to go back to being a thief. On the verge of losing his patience, Clyde is given a gift in the form of mysterious disappearances and attacks that show signs of one of his children going rogue. Determined to keep the Dawn Fangs a secret, he sets out with his gang in the hopes of unleashing some of his frustration.

Instead of a rampaging monster, they find a young vampire named Lost and her bizarre bunny that might actually be dead. Searching for her father, the mysterious girl proves to be unaware of the war or the rules of Dawn Fang society. She wanders from one side of the conflict to the other leaving confusion in her wake. Hunted by two armies that demand what has been promised to them, Lost may be a bigger problem than anyone could have imagined. Her actions will pale in comparison to an origin that will rock the understanding of Dawn Fangs and change their society forever.

Beware the rise of the womb-born.