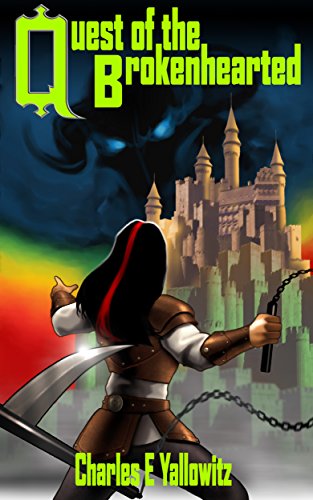 Book: Quest of the Brokenhearted by Charles E. Yallowitz

about this book: Across Windemere, many mourn the loss of Luke Callindor, who is believed to have been one of the many who fell against Baron Kernaghan. Yet, not everyone is ready to accept that the young hero is gone. Driven by grief and anger, Kira Grasdon has lost everything in her failed attempt to prove her fiancée is alive. No longer the head of a merchant house or a member of high society, she has managed to survive on the streets of Gaia.

It is only through a surprise encounter with an old friend that Kira discovers a path, which can lead to either a revival of her spirit or a brutal, welcomed death. After several centuries of low activity, Lacarsis is on the move and attracting adventurers from all over the kingdom. Those who seek glory and riches have sworn to defeat the City of Evil's demonic ruler and put an end to this ancient threat. So far, none have returned and even rumors fail to escape the monster-filled city. With nothing left to lose, Kira will join the hapless souls and challenge Lacarsis. Little does she know, the brutal world that awaits her is like nothing her dreams or nightmares could ever conceive of.