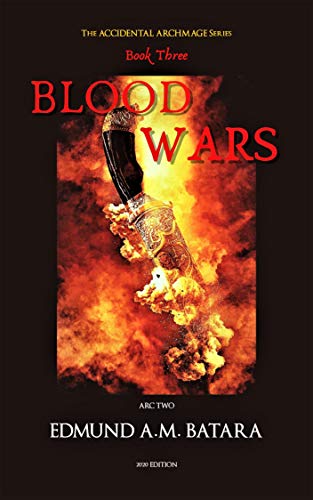 about this book: An epic adventure on another world. With a modern twist.

A furlough cut short. A new invasion in Hellas. And a bigger one in warmer climes. Even with improving abilities, our apprentice mage still has a lot to learn. And he has to learn fast. Otherwise, he would find himself strapped to a stone platform on top of a pyramidal temple, with a smelly old man dressed in a funny but colorful costume ready to cut out his heart with an obsidian blade.

Be immersed in a grand and dangerous adventure. In a world strange yet familiar. A world where gods and magic still exist.

Mighty gods of mythology. Ancient lost civilizations. Mysterious artifacts. Dark Elder gods. You are already enmeshed in the Great Game of the various pantheons, where power is the ultimate prize. Meet Greek, Norse, Incan, Egyptian, Aztec, and Etruscan gods for a start. Unfortunately for you, these deities are not the only players and interested parties.

Encounter deities who don't like your good looks. Thor, Ares, and the Incan god Supay, to name three.

There's also an extremely powerful demigoddess who love to have your heart. Literally.

(Description applies to the series)