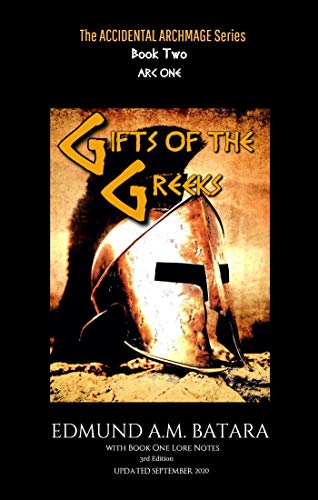 about this book: An epic adventure on another world. With a modern twist.

The experiences of our lost and bewildered amateur mage continues. Kidnapped by a war-god, brought to a different land, buffeted by new problems, and the god of drunkards as his babysitter. What could go wrong?

Be immersed in a grand and dangerous adventure. In a world strange yet familiar. A world where gods and magic still exist.

Mighty gods of mythology. Ancient lost civilizations. Mysterious artifacts. Dark Elder gods. You are already enmeshed in the Great Game of the various pantheons, where power is the ultimate prize. Meet Greek, Norse, Incan, Egyptian, Aztec, and Etruscan gods for a start. Unfortunately for you, these deities are not the only players and interested parties.

Encounter deities who don't like your good looks. Thor, Ares, and the Incan god Supay, to name three.

Oh, you can create your own computer. But it won't run and hide it well. The deities consider it sacrilegious.

(Description applies to the series)

Glorious
January 15, 2018
These 2 books have made the last week a better place to be. Can't wait for the third. The characters are flawed beautifully.

This book in the series became the top seller in its Amazon sub-genre (fantasy-mythology) on its launch day, 26 November 2017.