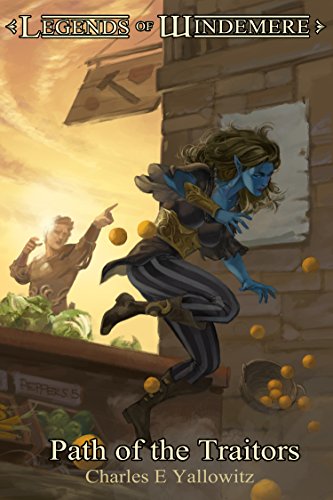 Book: Path of the Traitors (Legends of Windemere Book 14) by Charles E. Yallowitz

about this book: After a lifetime of sinning for the sake of her people, Queen Trinity of the Chaos Elves will get her chance to fight for the light.

On the eve of the champions’ greatest battle, a new wrinkle in the prophecy has appeared. To have any chance at survival, they need to find a collection of missing crests that have been lost for centuries. Their only option is to trust Queen Trinity and a band of other former enemies, each with their own reason for standing against the Baron. With an ancient map and the trust of those who they have fought in the past, these unexpected heroes will battle against time and their darker urges. To make matters even worse, an old friend is on her own quest, which has put a bounty on Trinity’s head, magic, and soul.

The fate of the champions may rest in the hands of those who claim to seek redemption. Yet, betrayal can come easily to those who have always lived without honor and loyalty.