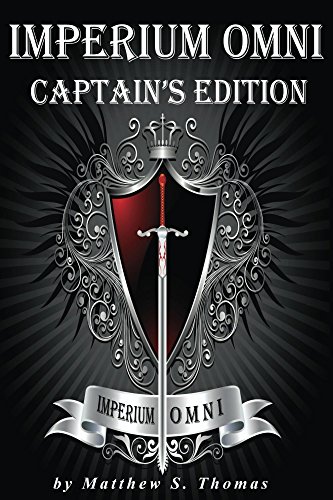 about this book: Imperium Omni is a brand new Epic Fantasy novel series of four books all taking place in an exciting world of dark fantasy, sorcery and a mysterious threat arising. This book was 25 years in the making, the story and characters and a whole world that is built from the ground up. And not just a world, but a whole multiverse with its own unique take on magic, science and technology. And the title itself gives a hint of what's to come; "Imperium Omni" is the motto of The Empress, and it means 'To Rule All' in Latin, a language that has been dead for hundreds of thousands of years. The hero, Shadow, is a half-elf on his mother's side and half-human on his father's side and he takes his notion of duty very seriously. He joins up with some very interesting, if questionable, comrades known as The Changers and they begin to explore the mystery of the death of their Duke. Who murdered a sitting Duke and his entire family and why? The answers lead them through action, adventure, romance and more on their way to a dark secret just waiting to explode into the world. With strong female leads, deep character arcs and action-adventure throughout, Imperium Omni means to take you on a magical journey into your imagination.