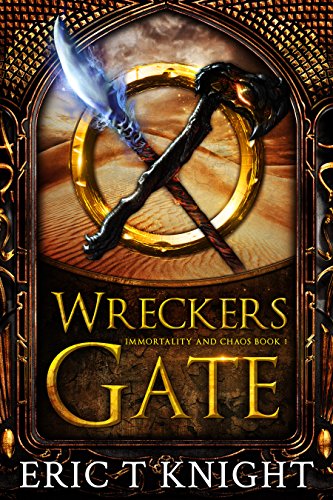 about this book: "Wreckers Gate has a fascinating plot, unforgettable characters, and a vast world that readers can immerse themselves in ... if you like Game of Thrones or Lord of the Rings, you will love this novel." -- We Said It Literary Reviews

When General Wulf Rome is ordered to pursue the marauders at all costs, even if it means chasing them into the fiery hell that is the Gur al Krin desert—the place where, when the wind blows, the sand burns—he knows the king has finally decided to rid himself of his too-popular general. But to refuse the order is to commit treason. Either way, the king wins.

Except that Rome isn't an easy man to kill. Against all odds he survives the Gur al Krin and while he's in there he finds something, a mysterious weapon embedded in an ancient wall deep beneath the dunes.

It is the weapon that will win him a kingdom, but taking it causes repercussions Rome could never have imagined, for when he removed it he opened something that was meant to be sealed away forever.