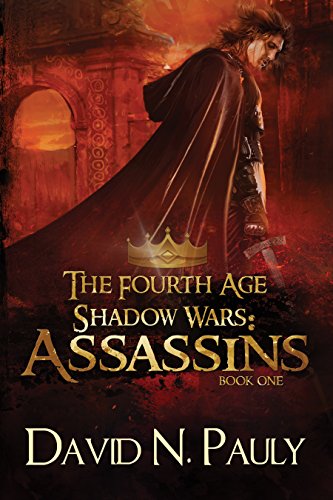 about this book: When I read many of the classic Scifi or Fantasy series, growing up I always wondered what would have happened if the books had continued. Most of the series had a common theme, unlikely hero finds mighty talisman and slays dark lord 1000 pages later. I always felt a bit deflated when I reached the end of a great book or series of books; I always wanted more.

So, one night, alone in my house in New Mexico, with howling snow outside and 7 dozing shelter rescue dogs dozing inside, I began writing a few sentences about my own fantasy world. Sentences became chapters and soon a compelling plot began to develop, it was crude and full of holes to be sure, but hey at least it was interesting and as far as I could tell, original. After a year of writing and editing, my book was finished, or so I thought, until I sent it to an editor, who tore it to shreds in a good way. Too much dialogue and history, too many inconsistencies, the list went on. So, another 8 years of revising, revising again, editing, more editing, passed by as my life continued as well. I got re-married, had a child, moved to the far side of the world, and finally got a finished, polished story published that has had good reviews.

So, what is The Fourth Age: Shadow Wars about you ask? At least I hope you ask.(lol) I placed the politics of the last 20 years into a fantasy fiction world. I had to make the characters "real people" no matter their race or their abilities. I wanted them to face actual adversity and have to make lousy compromises, just like the rest of us. No magic wand that would pop up at the right moment to save the day, I made them reach down within themselves to find the solutions to their problems.

Uniquely, I believe, there is no quintessential "Good-guy" nor a typical "Bad-guy" instead each of the major characters believes that he or she is acting within the best interests of themselves and their people. It was very hard to write a story without an easily identifiable protagonist and antagonist, but I think that I pulled it off. You the reader will have to decide for yourself. So, please enjoy the first volume in Shadow Wars, "Assassins", you will find the sequels "Conspiracy" and "Myths" available for you as well. I am hard at work on next set of volumes, The Fourth Age Dark Shaman.