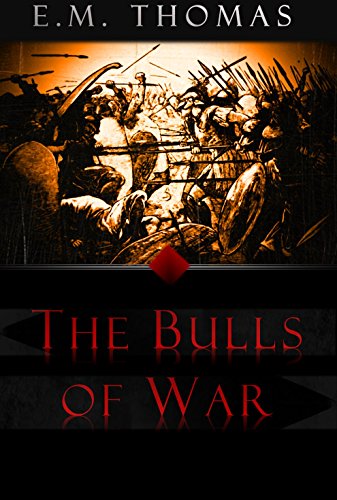 Book: The Bulls of War (Chronicles of the Andervold Thrones Book I) by E.M. Thomas

about this book: The Bulls of War is an epic fantasy written by a passionate amateur historian and lover of big, complex tales. At bottom, it's a story of two friends who find themselves on opposing sides of a civil war and how polar forces are both pulling them apart and pushing them together in ways they can't imagine. For a comparison to contemporary fantasy, I characterize it as Game of Thrones with an Imperial Roman twist.

The Bulls of War has reached the Top 10 in select Amazon categories and Top 100 in others; overall, it has been very well-received by Amazon's readership thus far, averaging 4.5/5.0. Just some of this praise follows:

• "This epic novel is the stuff of dreams of past times and Thomas delivers it in a realistic, raw, grand manner."

• "At times we get lost in the names and places – but try watching Game of Thrones: Thomas' tale makes more sense, is easier to follow, and has more inherent depth."

• "The characters were deep and well written."

• "He has created an entire world on the scale of George R. R. Martin's Game of Thrones."

• "The Bulls of War is an intense book based on war. In fact the war scene dominates everything else and so a person must be prepared for it before buying the book."

• "I can't wait to read the next instalment of this gripping saga."