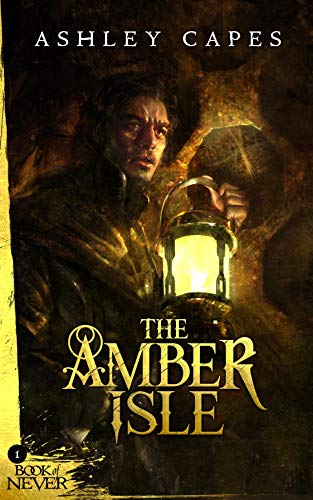 Book: The Amber Isle (Book of Never - 1) by Ashley Capes

about this book: Join Never on his quest to discover the truth about his name and the mysterious curse on his blood.

'The Amber Isle' is an epic fantasy novella that will appeal to fans of Indiana Jones and fantasy authors like David Eddings and Jennifer Fallon - there's a focus on fun, adventure and magic and the uncovering of lost civilizations.

For a long time I'd been wanting to write a character whose cynicism was on the verge of dragging him into despair, but who continued to fight nonetheless. Never is that character, flippant and often sarcastic – but he still wants to believe the best about people. He hasn't given up hope yet and his humour is both a weapon and a shield to aid him on his quest.

In this story you'll see him take the first steps on a path that will allow him to finally answer burning questions that have long tormented him; why wouldn't his mother name him? Who was his father and why does his blood kill?