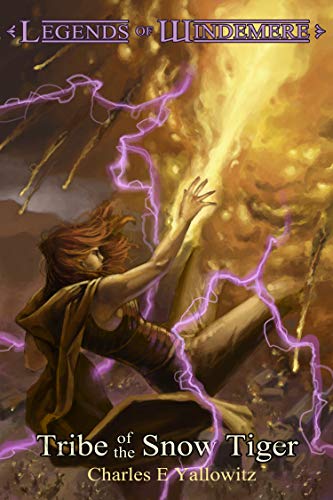 about this book: With his friends by his side, Timoran Wrath has survived numerous monsters and traps. His wisdom and strength have been necessary for every victory. The champions know that they would have died long ago if not for the primal warrior that they are proud to call friend and battle brother. This powerful bond will be needed when Timoran finds that their path is taking them to the tribe that labeled him a disgraced exile. Knowing that the punishment for returning is execution, the noble barbarian must prepare himself from an awkward reunion. Little does he realize, the Snow Tiger tribe is not the same group of primal warriors and philosophers that he left behind. Trials by combat have been replaced by a more civilized method of justice that requires all of Timoran's friends to think on their feet. Yet, the honor of a barbarian is hard to work with even when they are facing their own demise.

As the champions struggle to overcome their latest obstacle, one of their oldest enemies is facing her own crisis of honor. Recovered from her injuries, Queen Trinity is being sent out on a mission of destruction. Her orders are simply to lead the chaos elves to destroy Stonehelm while she kills her respected rival, Nyx. Yet the punishment for failure is that nearly all of her people will be fed to Baron Kernaghan's demons. Those that are kept will be raised into the perfect assassins with no memory of the culture that they were born from. With the fate of her entire species on her shoulders, Queen Trinity is driven to wipe her targets off the face of Windemere or break the world in the attempt.

Honor and loyalties will be tested as Timoran and Trinity's challenges spiral into a collision that will shake the northern mountains.