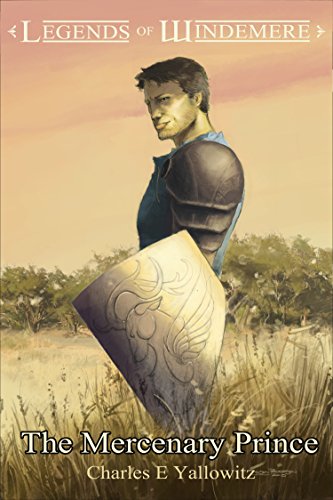 about this book: In the aftermath of Yola Biggs's curse, Delvin Cunningham has left the champions behind to face his past. With the hope of reviving his confidence, the warrior sets off to the Yagervan Plains, which he has not stepped foot in since the day he was separated from his tribe. A superstitious people, those who live in the Plains would see his return as a dark omen, but it is a risk he has to take for his friends.

With his former mercenary crew by his side, Delvin will step across the border and search for his long lost family. This simple journey becomes a life-changing adventure when he learns that there is a war brewing in the Plains. Dawn Fangs, a powerful race of vampires, have begun a campaign to turn the region into their new kingdom. Victory would put the surrounding nations in danger and Delvin has found himself standing in the monsters' path. Yet an unexpected surprise will reveal that he was always meant to enter this war and one's destiny is not so easy to put aside.

New allies, old friends, and bitter enemies will enter the fight, but it will all come down to Delvin Cunningham. Will he fall or will he remind the world why he is known as the Mercenary Prince?