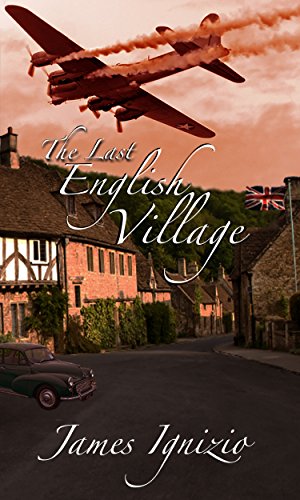 about this book: Visit any pub in England and you'll be sure to hear some interesting – and, occasionally, even plausible – rumors. One of these has been floating about for more than a half-century. Supposedly, according to certain slightly tipsy customers, there is an "American village," located somewhere in England. This mysterious village is said to be the refuge of the deserters of an American aircrew whose aircraft was downed during the Second World War. According to legend, this village looks just like a typical American small town of the 1940's - right down to its jukeboxes, bobby-sox, and baseball fields.

Bertie Ambrose, a shy, reclusive Englishman has reason to believe that this rumor is true, and he would dearly love to find this "American village." One thing stands in his way: as a consequence of an automobile accident that killed his father and crippled his mother, Bertie is terrified of automobiles. He hasn't driven since that accident and, in fact, hasn't ventured more than a few blocks from his flat in the south of London.

Vince Collesano, an ill, embittered American, is on his own mission. Vince has flown into England, bringing with him the ashes of his late wife. His wife, on her deathbed, pointed to a painting of an English churchyard and asked that her ashes be buried there – in the country where she had been born and raised. Vince, however, has no idea just where in all of England that particular churchyard might be located. His promise to his wife cannot be kept without the help of his wife's cousin – the aforementioned Bertie Ambrose.

Despite Vince's intense dislike of Bertie, and all things English, this unlikely pair team up for what Vince believes to be a search for his wife's final resting place. That quest, however, just may serve as a means – and excuse – for Bertie to pursue his own mission. The novel, THE LAST ENGLISH VILLAGE, chronicles their search - for two quite different destinations.

I was inspired to write this book as a consequence of my interest in military history and (unlike Vince) my love of England and its people. While the book is mostly fiction, it did require several visits to England (and, I'll admit, several English pubs). On one of these trips I was able to photograph a village church that resembled, in my mind, the little church that was the focus of Vince's search. That photograph serves as the cover of the novel.

Whether you are an Anglophile, or just like a good read (and two mysteries in one story), I'm confident that THE LAST ENGLISH VILLAGE will be of interest. 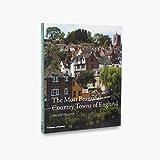