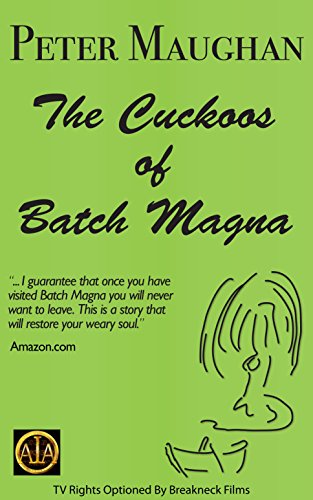 Book Review: The Cuckoos of Batch Magna by Peter Maughan

about this book: My novel The Cuckoos of Batch Magna, the first in the Batch Magna series (its two sequels are finished and waiting for Endeavour Press, my new publisher, to get round to them), is a novel recollected in tranquility - or any rate in advanced middle age.

It was promoted by nostalgia, of a time in the mid 1970s spent gloriously free living in a small colony of houseboats on the River Medway, in deepest rural Kent.The houseboats there were converted Thames sailing barges; for my houseboats, on Batch Magna's river the Cluny, I used converted paddle steamers (once part of an equally fictitious Victorian trading company, the Cluny Steamboat Company),simply because I like the vessels. For the fourth novel (as yet unfinished) in the series, Man Overboard (after one of the houseboats is turned back into a working paddler), I am heavily indebted to a real-life paddle steamer skipper, Captain John Megoran, master of the PS Kingswear, the last coal-fired paddle steamer in Britain, for unstinting help with technical details. John's vessel plies the Medway; in Man Overboard, my paddle steamer, the Batch Castle, loaded with passengers and cargo from the farms of Batch Valley, plies the home waters of the Cluny.

These are feelgood books (The Wind in the Willows for grown-ups, as one Amazon reviewer described Cuckoos), pure escapism - for me now,looking back, and I hope for my readers.

The Cuckoos of Batch Magna by Peter Maughan

A masterpiece that is breathtaking in its scope, The Cuckoos of Batch Magna is a larger-than-life novel that vividly conjures the tempestuous course of rural Welch/English village life. The novel begins with acknowledgment in the death of Sir Humphrey Miles Pinkerton. This rich tapestry weaves a compelling story of Owain, Annie, Phineas, The Commander, and Jasmine Roberts whom reside on several houseboats on the River Medway, in rural Kent. Sir Humphrey Franklin T Strange, 9th baronet and squire of Batch Magna, (known as Hump) is elated with his unexpected inheritance decides to make a huge profit by changing the backwater of Batch Magna into a theme park image of rural England.

Peter Maughan's leisurely prose perfectly captures the everyday quality of the setting. This is not a modern explosive or dynamic story but tranquil with much wit that surrounds a colorful cast of characters. I was completely dazzled with the story line and could not put the book down. My favorite scene was the author's description of "a tawny owl called between silences, the cries drifting raggedly across to them from Mawr Wood, The light of a battered looking full moon shone like blue frost on the slate of the village under trees and the fat summer hedgerows piled soft and as black as soot." Cleverly crafted and rich with imagery the reader will become enchanted and hooked immediately.

Peter Maughan could not have a clearer symbolic role for the novels critique of society: with the invasion of outside influence attached with commerce, combining the picturesque small village community with use of cutting satire. To this end the novel is both enjoyable and entertaining, combining the fantastic wit and elegant cynicism. However, Maughan's writing avoids bitterness, creating a beautiful work of fiction capable of standing alone beyond its place as an enticing read. Much like the "magic of otters" and "arithmetic done in Owain's heart without adding up or taking away, without asking why or how" this is how much tales end. This novel will leave the reader with a sense of continuation of what is still to come and hopes of batch Magna. I highly recommend The Cuckoos of Batch Magna by Peter Maughan. [by Ginger Dawn Harman] 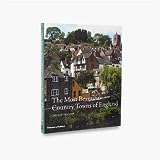 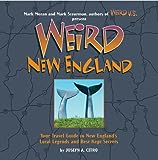 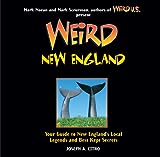