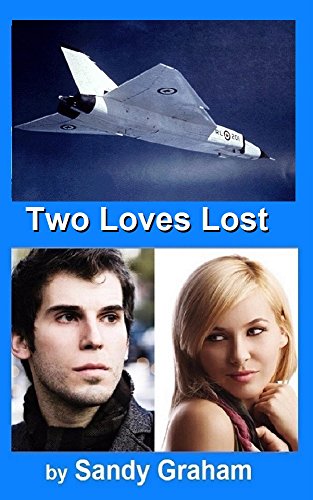 about this book: Two Loves Lost, my debut novel, started life under the title Delbert Pillage. It was to be primarily a character study of a harassed youth, hiding an unusual intelligence, who blossoms into Canada's youngest jet test pilot. Not a very catchy title. More important, the story evolved into a love story both with a shy, beautiful classmate and with flying. He appears to lose both, which prompted the new title. A change of publishers to CreateSpace gave an opportunity for refinement as well.

This story evokes a wide range of emotions dealing with bullying, parental hounding, love, rape, desolation, pride and debilitation. It illustrates how genius, once uncovered, can be nurtured for the benefit of mankind. In addition, it provides insight into life on a small British Columbia island in the 1950's and a semi-historical view of the Avro Arrow program, whose cancellation decimated a strong Canadian aviation industry. But first and foremost, it is a story of enduring love in the face of seemingly insurmountable obstacles.

I couldn't put it down

I'm not real big on love stories but I loved this book. I am a big Avro Arrow fan and its obvious the author knows this subject well. I really hope the author writes a follow up Novel on the Arrow that got away and I will be the first one to purchase a copy and get an update on Delbert & Sylvia, I rate this book with 2 thumbs UP. Sandy this is the first time I have ever written a review on any book.

Excerpted from a Norm Goldman review

From the very first sentence and over the course of 300 pages, Sandy Graham's debut novel Two Loves Lost rivets with a great deal of mixed emotions.

As a scrawny youngster, Delbert Pillage was the target and victim of bullying from some of his classmates who would ridicule his physical appearance notably his ears, forehead and his torn clothes. Delbert was very shy, frail and poor and thus he became an easy target for incessant taunts.

Unbeknownst to his parents, teachers and the other school kids, Delbert was in fact extremely talented. His teachers misjudged his ability, as he would only show enough to scrape through each year and they would constantly complain about his lethargic attitude in class. Little did they realize that Delbert's behavior was only a cover up to avoid further humiliation at the hands of the school's bullies.

Fortunately for Delbert, one of his talented teachers did recognize his superior intellect and was the catalyst in setting in motion a series of events that eventually would lead to far reaching ramifications concerning his life. However, although Delbert agreed to pursue the path carved out for him, he did so with a great deal of trepidation, as it meant being away for extended periods of time from his sweetheart Sylvia, whom he had known since the age of six and whom he had promised to marry. To give away or even provide any hint as to what became of their relationship would certainly be a betrayal.

Apart from bringing to the table a smorgasbord of themes as bullying, unrecognized gifted children, teenage love, and the tragic consequences of rape, Graham cleverly interweaves a backstory concerning Canada's finest aviation achievement, the production of the delta wing Avro Canada CF-105. It was at the height of the Cold War during the 1950s that the Soviets had introduced new long range bombers that had the ability to fly over the North Pole to attack North America. This was extremely serious for fear of a surprise nuclear attack. In 1953 Canada stepped forward to manufacture a delta-winged interceptor aircraft that was designed and built by Avro Aircraft Limited in Malton, Ontario. The aircraft was to serve as the Royal Canadian Air Force (RCAF) primary interceptor in the 1960s. Unfortunately, not long after the 1958 commencement of its flight test program, the development of the Arrow was abruptly and controversially halted and this led to a very long and bitter political debate. It also led to a serious brain drain that deeply affected the aviation and electronics industry in Canada.

Graham writes in a spare compact style sketching the life of a young teenager growing up, gaining confidence and coming to terms with his brilliance-something not to be ashamed of or hidden. Both adults and young adults will enjoy the suspense and unexpected twists and turns of the storyline.