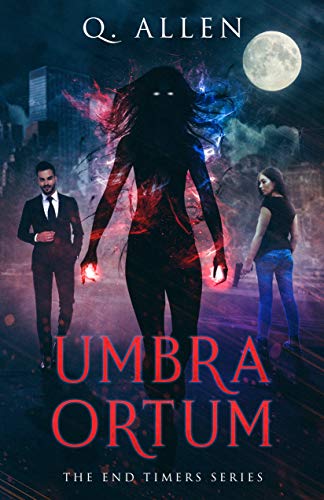 about this book: Umbra Ortum is the second book in The End Timers series. The series follows casual doomsday prepper Tammy Umbra as she unravels the mystery of her own identity. In book one, The End Timers, Tammy comes into some money and decides to join a prepper group in a luxury doomsday shelter. After being trapped in the shelter with the other members, she starts to hear a voice in her head. The voice tells her that there is a conspiracy against her involving the other members of the shelter.

In book two, Umbra Ortum, she has escaped from the shelter. Now, joined by an unexpected friend, she is being pursued by the police and an agent from a covert agency. Together, Tammy and her new friend are on the run. The two of them must learn to trust one another in order to survive long enough to find the source of the voice and solve the mystery, if its not just in her head.