about this book: With the fall of the U.S. from world prominence, the former Soviet Union advances to the position of supreme world power. This prominence is short-lived, however, as military disaster and geographical upheavel topple the giant and effectively reduce it to third world status. The resulting geopolitical power vacuum is filled by a one-world government under the direction of a beloved, charismatic leader. The nation of Israel enjoys peace for the first time since 1948 and the Middle East is no longer the powder keg of former times. World problems are addressed aggressively and innovatively under the benevolent world government. Three and a half years into his tenure, the global leader is assassinated. The subsequent three and a half years are some of the darkest times the planet has ever experienced. 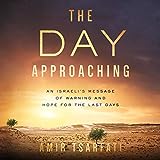