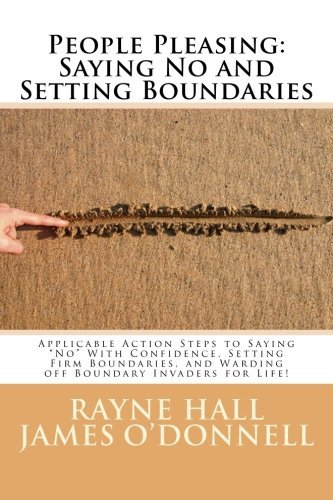 about this book: This practical step-by-step guide shows you how to end emotional abuse, change the abuser's behaviour, regain balance in your relationship, and break out of the victim role.

Step 2: See Through The Manipulator's Methods

The quick way to shield yourself against emotional manipulation is to recognise manipulative behaviour. Once you know the tactics for what they are, the arrows will still hit you... but they will no longer penetrate deep.

Here are the top twenty-two methods manipulators use:

1. Manipulators like to use your own words against you. They hurt you in some way, and when you protest, they turn the situation around, claiming that you had specifically asked for this and they were only doing this to please you. Or they say yes, they were at fault, and how could they do this to you, only they've been under so much stress recently what with this problem and that, and the terrible pain from their illness, they didn't think clearly and are so sorry for doing this to you. You feel ashamed about having complained, and end up apologising.

2. Manipulators let you speak first. This seems courteous of them... but really it allows them to probe for your weaknesses and find an angle to attack you. (Some less refined manipulators may not allow you to speak, instead interrupting you immediately to launch into a lecture.)

3. They arrange it so that important interactions take place where they have the home court advantage—for example in their office—because this makes it easier for them to dominate and control.

4. Overwhelming you with facts and statistics, manipulators create the impression that they are more knowledgeable than you, and that they are intellectual superiors while you are stupid. In reality, they may know as little about the subject as you—perhaps even less—but the pretended expertise makes you think they must be right.

5. While many manipulators are bold-faced liars, others simply edit the truth. They may not tell outright lies, they withhold some facts and tell partial truths, deliberately giving you a false impression.

6. They use self-proclaimed authority. They pretend to speak not only for themselves, but for a bigger power, for example the company, the neighbourhood, the nation, the law, or God. If they present themselves as God's spokesperson, you will fall in with their wishes, because you would not disobey God, would you?

7. Some manipulators make you toe the line by overwhelming you with laws, official requirements, procedures, paperwork. The aim is to make you feel helpless and incompetent while they are in control.

8. Manipulators threaten or 'punish' you with their aggressive behaviour. Anger and aggression are meant to frighten you into submission. Big gestures and loud voices are a common tactic. Some manipulators use actual violence, hitting you when you dare to disobey.

9. A common pattern is that manipulators demand instant decisions from their victims. Without giving you time to reflect and prepare -- although they have been aware of the situation for some time -- they demand that you decide instantly. Under pressure, you give in and make the decision they want you to make.

10. Some manipulators spring negative surprises on their victims. For example, the husband tells his wife out of the blue that he has sold their family home, or the boss tells her employee that she won't give the promised promotion after all. They do this without consultation or warning. You have no chance to prepare or to take action. This puts you off-balance and makes you upset... and therefore vulnerable, which is how they like you. When you are in this weakened state, they may ask you for concessions to avoid worse shocks. Confused and frightened, the victim usually agrees.

11. Most manipulators like to make mocking or contemptuous remarks about their victims. Often, these are phrased as jokes -- and you are the butt of their joke. They mock you about how big your butt looks in jeans, about the way you arrange the flowers on the table, about your piano recital. This makes you feel ashamed or embarrassed -- even about things you were previously proud of -- and this makes the manipulator feel psychologically superior. If you protest, they'll pretend that they were only joking, and ask if you don't have a sense of humour.

12. Almost all manipulators criticise their victims -- a lot. They deliberately create the impression that you're not good at anything. Often, they disguise their criticism as 'help' -- but they don't provide constructive solutions. You're left with the feeling that however hard you try, you will never be good enough.

13. Often, the manipulators pretend not to understand what you mean -- especially when you ask them to stop one of their manipulative behaviours. They manage to create the impression that were making things up, and the situation ends with you apologising to them.

14. Some manipulators assert their power over you by not replying to your voicemails, letters and emails. This fills your mind with uncertainty and doubt, which is how they like you. Watch out for this sign at the beginning of a relationship, for example, when you are dating someone. It can be an early warning flag.

15. Making you feel guilty is the manipulators' speciality. They make you accept the blame for their unhappiness and failures. They insinuate that if it weren't for you and your incompetence, they would be successful and happy—and somehow they get you to believe this.

16. Manipulators like to present themselves as victims. They may exaggerate or invent health problems, or emphasise their helplessness and frailty. This convinces you that you must be more caring and considerate, and devote more time to their well-being. You feel responsible (and perhaps guilty and ashamed for not doing enough), so you sacrifice your own interests and needs to serve them. Playing the martyr allows manipulators to extract unreasonable concessions from you.

17. Whenever you have a problem (such as unemployment, illness, bereavement, unfaithful spouse, runaway daughter) manipulators offer a token of sympathy, then trump your suffering with a worse problem of their own. For example: "I'm so sorry your mother died. At least she died quick. When my father died, I had to watch him die painfully over eight months, deteriorating every day..."

18. In public, many emotional manipulators are considerate employers and model spouses. They make your family and friends believe you're lucky to have found such a good husband or boss. So when you turn to your network for support, they may be reluctant to believe what's going on, because the manipulators have won them with their charm.

19. Other manipulators use the opposite tactic -- they make you appear stupid, clumsy and ridiculous to others. They mock you and embarrass you. This undermines your self-esteem and keeps you weak, the way the manipulators like you.

20. Some (not many) manipulators talk about you behind your back. They reveal your secrets and spread word about what you have said. More devastatingly, they lie about you, claiming you've said and done terrible things. "Is it true you were in prison for child abuse? No? Oh... I apologise. My wife told me you were a convicted paedophile... I guess she didn't mean any harm, she may have had too much to drink and wanted to entertain our party guests with a good story..." Next time you meet this friend, he's no longer your fiend, because he thinks you've been spreading lies about him. This is how manipulators sabotage your support network so you become isolated and dependent on them.

21. They offer quasi-apologies. "I'm sorry you feel that way," they say. Or even "I'm so sorry I let you down and didn't pick up the children from school. It's awful of me not to keep my promise. I know I should have tried harder, but I fell off the ladder and the pain was so intense, I thought I had broken my back. I should have somehow crawled to the telephone and arranged for someone else to pick them up, only I couldn't even reach the phone to call an ambulance. But of course keeping my promise was more important than an ambulance or pain, and after all my back was not really broken as it turned out, and I'm sincerely sorry." You end up assuring them that the matter was not important, and apologising to them for your unreasonable demands.

22. Manipulators say something -- and later deny it. You refer to a promise they made, a fact they told you, a favour they requested to do, and they say "I never promised/said/asked you to do that." This leaves you confused, and perhaps feeling embarrassed or stupid or even doubting you sanity.

Do this now, before you read on. Consider the list of tactics above. Highlight the ones your manipulator has used on you. They probably apply several, but not all the methods, and they may use them not exactly in the way described, but in variations. If in doubt, count them as 'yes'.

For each highlighted tactic, recall at least one instance when the manipulator used it. Recall the details, such as the circumstances, the location, their gestures, the sound of their voice, the precise words they used. This will make you aware the next time they use the same methods.

The 'Strategy' sections in this book are your long-term guide for helping yourself, actions to take regularly.

Any method that has worked once, the emotional manipulators will use again. Your aim is to recognise the patterns as soon as they start. When it happens, comment mentally: "Ah yes. His favourite tactic—pretending to be God's official spokesperson." "She's doing it again—playing the martyr to make me feel guilty." "He's trying to overwhelm me with statistics."

This creates a mental detachment and will shield you from the hurt this behaviour normally inflicts on you. If you're aware what the emotional manipulators are doing, their manipulations won't have the accustomed effect. 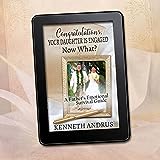