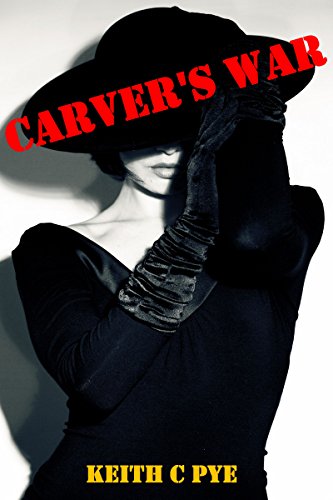 about this book: Why is Carver's War set in America?
Carver and Banan are officers of the Edwardian Royal Navy – a time when Britannia really did rule the waves and in which that navy had enough warships of sufficient power to take on the two next largest navies – those of Germany and France – at the same time. The Royal Navy was huge, its warships formidable, and its reach truly global across an Empire larger than any the world has ever seen. So why bother with the ex-colonies?

There's no doubt that, in 1906, diplomatic relations between Britain and the USA had been somewhat strained since that little fracas in the 1770s and early '80s. They weren't improved by the 1812 war (an unnecessary conflict if ever there was one) or by several US attempts to invade Canada. Diplomatically the US and Britain were not friends but, on a personal level, the British have always loved the States and many Americans have always held Britain in similar esteem. It was that contrast between political and diplomatic frigidity and the warmth of the relationship at a personal level which intrigued me.

Governments can be extremely stupid at times and that is true of both the US and the UK varieties. And I have always thought that the relationship between the US and the UK at a personal level reflects the belief of the two peoples that our interests are very, very close – no matter what the politicians say. That closeness has become tighter over the past century – to the extent that most Britons feel much more kinship to the citizens of the USA and much more affinity to US culture, than to those of our European neighbours in France, Holland and Germany.

In 1906 even the starched-collars of the Admiralty were beginning to understand that the geo-political balance was shifting away from Europe and that, should a major war break out on the continent, we might need some help over and above that we could draw on from our Empire. On an unofficial level therefore certain common interests were being mooted.

I have used Carver's War to open that door a little and to paint a picture of a very tentative Britain and an even more sceptical USA beginning to explore their common interests. Admirals Fisher and Dewey represent two of the greatest Admirals in the history of the two nations. Carver and Banan are one tiny offering of help from the old country to the nascent power that is the USA.

Clearly Theodore Roosevelt was no fan of old Europe – including the UK – but I hope that Carver and Banan's run in with him is not too far from being possible.

Carver's War was really enjoyable to write. It covers a good deal of the US and gets our heroes into more hot water than they've ever been in before.

I hope you enjoy it and, if you are American, will forgive me – you'll know why when you've read it!